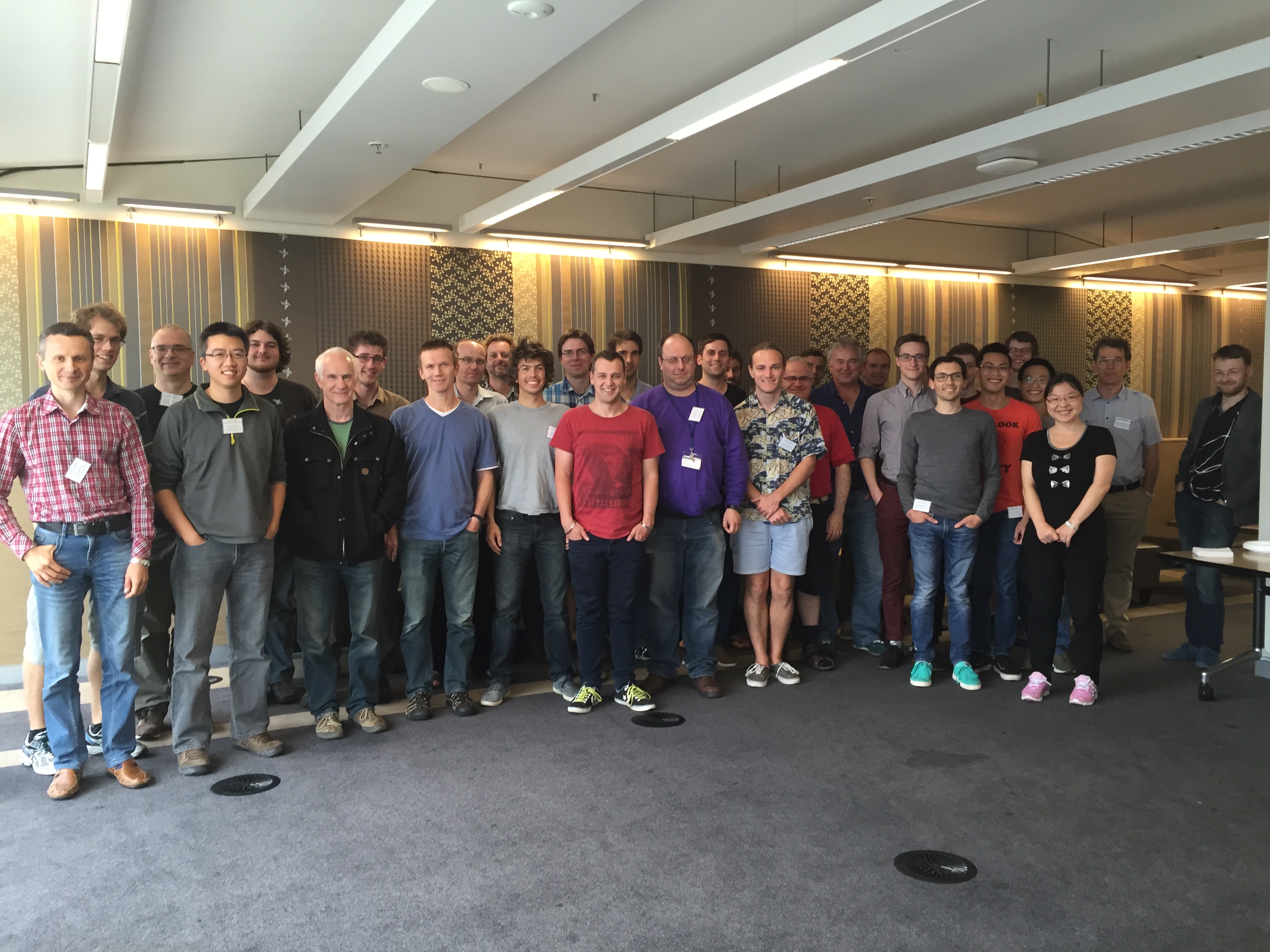 The interplay between physics and geometry has enriched the internal structure of both fields leading to stunning advances. This is vividly exemplified in the theory of supergravity, which is a super-symmetric extension of Einstein’s relativity theory to the small scales governed by the laws of quantum physics.

Sophisticated mathematics is being employed to finding solutions to the generalised Einstein equations and in return, they provide a rich source for new exotic geometries. This workshop revolved around the construction of supergravity models and related mathematical techniques. An eventual answer to this question amounts to a huge leap in our understanding of nature, and will open up countless opportunities for future research and discoveries.

Bringing together leading Australian supergravity researchers, mathematicians and physicists, the event showcased state-of-the-art research within the field through a series of presentations and discussions. Providing cross-discipline insights, the event also strengthened connections between the Australian and International research communities.

The famous Einstein equations describe the gravitational force as a result of the curvature of space-time. The classical theory of gravitation is well suited to phenomena on large scales, but it cannot be applied to the small scales of the quantum world. Supergravity theories emerged in the 1980s as an attempt to extend Einstein’s equations to scales where quantum gravitational effects cannot be neglected. It is an ingredient of the modern superstring/M-theory, aiming to provide a mathematical framework for the study of all elementary particles and interactions.

Extending the Einstein equations introduces a supersymmetric component, a solution to which requires the existence of Killing spinors in the given supergravity model. The first models were based on eleven-dimensional space-times, but in the following years models in lower dimensions were developed.

Today it is a highly active area of research, and the emergence of new models continuously increases our possibilities to construct realistic models. Another remarkable property of supersymmetry is that it allows for the energy-momentum operator of the system to be factorised into a square of a so called supercharge operator. This has profound implications for the stability and regularity of the quantised model, but more unexpectedly, the supercharge operator can at times be used to evaluate the path integral via localisation techniques. This method has witnessed a remarkable expansion in the last decade, building on the successful work of Witten, Nekrasov and Pestun.

The scientific outcomes of the workshop were very satisfying. All talks were of high pedagogical quality and ideally suited to meet our aims. The discussions in the breaks and even during the talks showed that the audience was engaged. Mathematicians and physicists gained insights into each other’s work and built connections between the Australian research community and world-class researchers from overseas.

Other Sponsors
Mathematical Institute at the Australian National University, Institute for Geometry and its Applications at the University of Adelaide