Genomics, Big Data and the Future of Medical Research and Healthcare 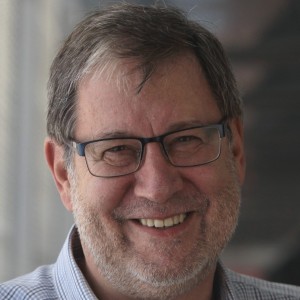 John Mattick was born in Sydney in 1950. After completing his undergraduate and postgraduate studies at the University of Sydney and Monash University in 1977, he undertook postdoctoral training at Baylor College of Medicine in Houston, Texas. In 1982 he returned to Australia to work at the CSIRO Division of Molecular Biology in Sydney, and in 1988 moved to the University of Queensland in Brisbane, where he was the Foundation Professor of Molecular Biology, and Foundation Director, ARC Federation Fellow and then NHMRC Australia Fellow at the Institute for Molecular Bioscience.

During this period he was also the Foundation Director of the Australian Genome Research Facility, the ARC Special Research Centre for Molecular & Cellular Biology and the ARC Special Research Centre for Functional & Applied Genomics. He also spent sabbatical periods at the Universities of Cambridge, Oxford, Cologne and Strasbourg. In 2012 he returned to Sydney to take up the position of Executive Director of the Garvan Institute of Medical Research.

Professor Mattick has served on councils, advisory boards and committees of a number of research and funding organisations, including Genome Canada, the Wellcome Trust, the Human Frontier Science Program, the National Health & Medical Research Council, and the Human Genome Organisation.

He has made several seminal contributions to molecular biology, including delineation of the architecture and function of the fatty acid synthase complex, development of one of the first recombinant DNA-based vaccines, and genetic characterisation of bacterial surface filaments called type IV pili involved in host colonisation.

Over the past 20 years he has pioneered a new view of the genetic programming of humans and other complex organisms, by showing that the majority of the genome, previously considered ‘junk’, actually specifies a dynamic network of regulatory RNAs that guide differentiation and development. He has published over 250 research articles and his work has received coverage in Nature, Science, Scientific American, New Scientist and the New York Times, among others.

Health is the biggest, most important and fastest growing industry in the world. All human characteristics, including susceptibility to diseases, are profoundly influenced by our genetic inheritance, although until recently it has been nigh on impossible to take genetic information into account in healthcare. This has all changed – over the past two decades the fastest technological advance in history has reduced the cost of human genome sequencing dramatically to a few thousand dollars, with further reductions to come – ushering in a new era of personalised medicine and ‘precision’ healthcare.

Soon individual genome sequences will be a standard part of health records. This will revolutionise biomedical discovery, personal health, and health system management, and provide the platform for many associated enterprises. Millions of genome sequences integrated with millions of clinical records and other information from personal devices and the internet of things will create a multi-dimensional data ecology that will require advanced systems not only to secure the privacy and provenance of the data, but also to enable its analysis by machine learning and artificial intelligence. Australia is well placed to be a leader in this revolution, which will have a transformational effect on health and medical research, national health, and ultimately the national economy. The last of the great cottage industries will become the most important of the data-intensive industries of the 21st century.