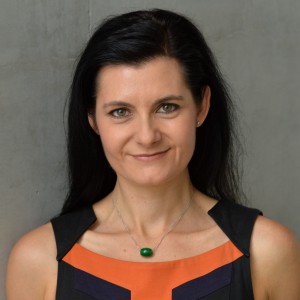 With an honours degree from the University of Sydney and PhD from La Trobe University Melbourne in the field of molecular evolutionary genetics and has worked as a molecular geneticist, in Australia and the USA before joining the Museum in 2003. Since then, with her team, she has established the Museum as one of the global leaders in the field of wildlife forensics and conservation genomics through the ISO17025 accreditation of the Australian Centre for Wildlife Genomics facilities (one of only six such laboratories globally).

In April 2015 she became Director of the Australian Museum Research Institute (the first female science director in the Museum’s 191 year history). She is one of 28 individuals certified as a wildlife forensic scientist globally, and is one of only two experts appointed by the Federal Environment Minister as an examiner in wildlife forensics under the Commonwealth legislation. In May 2016 she became an Adjunct Professor at the University of Sydney.

In July 2017 Rebecca was named one of the 30 inaugural “SuperStars of STEM” by Science and Technology Australia. She was awarded the 2016 University of Sydney, Faculty of Science Alumni Award for Professional Achievement and in September 2016 was also announced as one of The Australian Financial Review and Westpac “100 Women of Influence” in the Innovation category. Rebecca has also received a Chief Executive Women (CEW) scholarship to attend the INSEAD business school for executive leadership and was recognised as a “Vogue 2018 Game Changer” in the Tech & Innovation category.

Rebecca is a member of the Australian Academy of Forensic Sciences and represents the Museum on a range of government and industry committees, including as Australian & New Zealand Forensic Science Society NSW Branch president, and Director of Membership & Outreach for the Society for Wildlife Forensic Science. She is passionate about conservation, reducing the illegal wildlife trade and the importance of STEM education in contributing to positive environmental outcomes. She is frequently invited to present her research both in Australia and overseas and regularly presents to students and the public on the importance of conservation research, wildlife forensic science and the key roles that museums can play in making a difference through their science.

Professor Rebecca Johnson is Director of the Australian Museum Research Institute (AMRI), a Wildlife Forensic Scientist, conservation geneticist and chief investigator of the Koala Genome Consortium. As the first female director of science at the Australian Museum in its 191-year-history, Rebecca’s career has encompassed all of the challenges associated with being a senior executive woman in STEM. Her passion for conservation, collaboration, and a knack for challenging the scientific status quo has led her to a non-traditional path in science. From climbing remote mountains in the Solomon Islands to meet village chiefs in traditional dress to giving expert wildlife forensic evidence to Australian and New Zealand courts, to sequencing the koala genome, Rebecca will share tales from a fascinating life in science.

Rebecca will describe the breadth of AMRI research and how the museum utilises their natural science collections. These collections are some of Australia’s oldest and most valuable research infrastructure collected through the Museum’s journey of discovery, exploration and education. Rebecca will present case studies from her work in policing the illegal rhino horn trade, protecting Australia’s borders from invasive species and leading the first de novo mammalian (koala) genome to be sequenced and assembled by an Australian group. These case studies will demonstrate how important museum research is to engage, educate and inspire custodianship in the next generation of researchers.