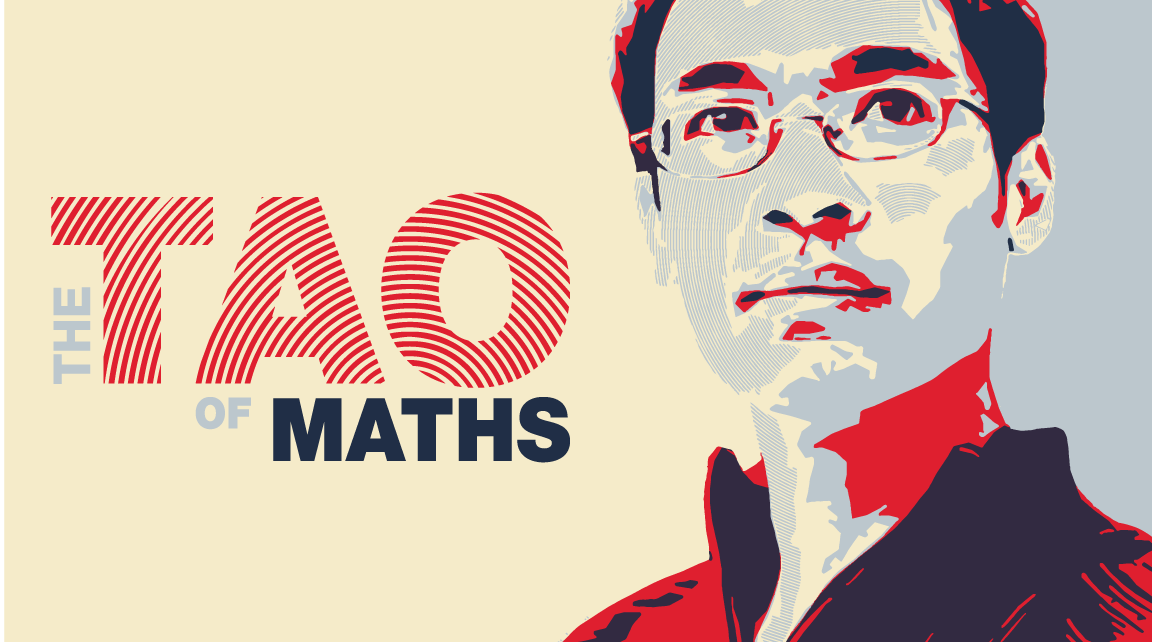 Fields Medallist and member of AMSI’s Scientific Advisory Committee, Professor Terry Tao takes time out of his busy schedule at UCLA to give us an insight into what’s exciting him in mathematics, His recent collaborations and the ways in which he approaches complex problems.

What’s exciting you in mathematics at the moment?

It changes a lot from year to year – there are so many things going on in different parts of mathematics, it seems! I can name two recent breakthroughs in the last year or two which have generated a bit of excitement. The first is the recent proof of the Kadison-Singer conjecture by Marcus, Spielman, and Srivastava, which used radically new methods (in particular, interlacing polynomials) to solve a notoriously difficult problem in operator algebras and matrix analysis. It looks like there are other applications of this method (for instance, to theoretical computer science). The other is the breakthrough result of Matomaki and Radziwill earlier this year in understanding short sums of multiplicative functions in number theory. This has made several open problems in number theory (e.g. the Chowla conjecture, a cousin of the twin prime conjecture) look much more within reach. Recently I was able to use the Matomaki-Radziwill theorems to prove some partial results towards the Chowla conjecture, which could in turn be used to settle a long standing conjecture of Erdos on the discrepancy of sequences. I’m confident that we’ll be seeing other striking applications of Matomaki and Radziwill’s results in the near future.

Why do you think women are underrepresented in mathematics?

That’s a good question. Up to about the high school level, we seem to have fairly good parity these days; if anything, female maths students may even be slightly more numerous and a bit stronger. But then there is a lot of attrition at the undergraduate level and beyond. It seems there are a lot of reasons for this. One is that nearby disciplines (e.g. the life sciences) have much better gender balance and this can be more attractive than a discipline where one is in the minority. Another is the relative lack of high-profile female role models in mathematics, though there are excellent top female mathematicians who do their heroic best to counteract this. Then there is the fact that the graduate and postdoctoral portions of one’s career in mathematics can be rough on people who are also trying to start or raise a family. There are some little positive steps in these directions (for instance, child care availability is now taken as a serious issue in mathematics departments, institutes, and conferences, and more efforts are being made to overcome conscious or unconscious biases against minority candidates in hiring and in giving presentations), but there is still a long way to go here.

From a personal perspective what are your top three open problems in mathematics? What are their prospects for resolution?

Well, this is very subjective, and depends a lot on what you mean by “top”. There are statements which would have enormous implications if they could be definitively proved (e.g. the six remaining Millennium prize problems), but the likelihood of actually doing so is so remote, I don’t think these are the problems that we should be devoting the bulk of our mathematical manpower to attacking. (Though I do like to keep tinkering with an approach I have to disproving global regularity for the Navier-Stokes equations…) My philosophy is to focus on those open problems that are only a little bit out of reach of current techniques and methods – problems that require “only” one new breakthrough to solve, rather than a half-dozen. In number theory, I think the twin prime conjecture is getting close to this level of feasibility; in analysis, the Kakeya conjecture has already had much headway made against it from the previous four or five breakthroughs in the area, and one can hope that just one more is needed to finish it off. More ambitiously, I think the soliton resolution conjecture in PDE would be a fantastic result to settle, though this is currently well out of reach except in very special cases (e.g. completely integrable equations, perturbative data, or other very symmetric and special equations).

I read somewhere recently that as a child you thought that research was driven by a committee posing problems. Do you think the free ranging, creative side of mathematics comes off second best to problem solving for kids and adolescents with an interest in maths?

Well, I think even problem solving comes off as second best to the computation-intensive mathematics one sees in schoolwork. Certainly when I was a child, the only glimpses I saw of true mathematical research were in some more advanced level books I got from the library, or the informal discussions I had with some active and retired mathematicians in Adelaide. One big plus in today’s world though is that, with the internet, one can now listen to public lectures or other talks by some very good mathematical speakers, or see good examples of accessible mathematical writing online. Even just the mathematics section on Wikipedia is a wonderful resource which I would have very much enjoyed as a child. So it seems the hard part is to locate the kids with a potential interest in mathematics and inspire them to go explore for themselves.

When it comes to collaboration are you a workshop person? Or do you have a different MO?

I love collaboration; most of my papers are joint, and most of the mathematics I have learnt, I have learnt from my various co-authors. But the style is different for each co-author. One of them, for instance, likes to stick to the famous Hardy-Littlewood rules of collaboration (which include such counterintuitive rules that there is no obligation to respond to any research communication from the other author). I work with some authors almost exclusively by email, others by trying to secure a week at some conducive location where we can brainstorm at a blackboard. More recently, I’ve been involved with massively collaborative “polymath” projects where dozens of mathematics communicate through wikis and blogs to attack a single problem. Not every collaboration style is suited for every problem, but they are all fun!

You have a very different approach to Andrew Wiles say, did you ever make a conscious decision to have broad mathematical interests?

Actually I think it was my co-authors that helped me broaden the most. When I was a postgraduate student I was initially rather narrowly focused on harmonic analysis. But my co-author Allen Knutson got me interested in algebraic combinatorics and representation theory. My co-author Mark Keel got me into PDE, my co-author Ben Green got me into analytic number theory and additive combinatorics, my co-author Emmanuel Candes got me into signal processing, and so forth. I have a great respect for those mathematicians who drill deeply into a single field and extract some very profound results as a consequence, but I have always been more comfortable with entering a new field (usually with the assistance of a collaborator in that area) and seeing if any ideas or results from a previous one can be profitably applied to this new one.

What advice would you give to a philanthropist with deep pockets who wanted to invest in mathematics?

Well, that is certainly very admirable! I think as far as greatest need is concerned, prizes, scholarships and grants for junior mathematicians, e.g. to be able to attend conferences and have the opportunity to work with leaders in the field, are the most important. But unfortunately these don’t get nearly as much publicity and notice as the larger prizes that go to more established people for more visible accomplishments. It seems that a good compromise is to combine the two – to couple a larger prize with some smaller prizes aimed at junior mathematicians.

Which parts of maths do you think pay the greatest social dividend? Should we divert talent from say, the finance sector, into these areas and if so how?

Well, progress in mathematics isn’t just a matter of throwing money and resources into a given area; sometimes a field is just not yet ripe for dramatic progress, needing a little bit of serendipity to have someone find the key insight. Even very pure areas of mathematics can unexpectedly have tangible real world impact; I and several others had done some purely theoretical work on random matrices, for instance, that ended up being useful for compressed sensing, which is now used for instance to speed up MRI scans. The other thing is that while we certainly do need good people in mathematical research, not every person who is talented in, say, mathematical finance, would also be suitable for this; there are some qualities (e.g. the need to “play”, almost to the point of obsession, with mathematical concepts and problems) that are useful in research but perhaps not in other areas. So I don’t think we should actively try to divert people from a career that they already enjoy and are successful at, but we can certainly raise awareness that there are many areas of both pure and applied mathematics which need good people and which can be rewarding in many ways.

Terry is a long term member of AMSI’s Scientific Advisory Committee and AMSI’s first director, Garth Gaudry, was Terry’s mentor as a student at Flinders University. Terry continues to be a strong advocate for the Australian mathematical sciences community.