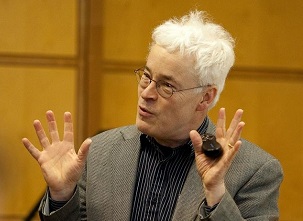 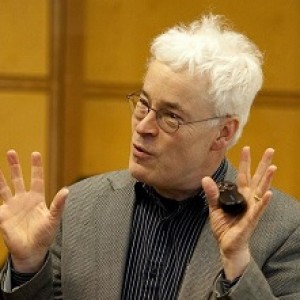 Nick Trefethen is Professor of Numerical Analysis and head of the Numerical Analysis Group at Oxford University. He was educated at Harvard and Stanford and held positions at NYU, MIT, and Cornell before moving to Oxford in 1997. He is a Fellow of the Royal Society and a member of the US National Academy of Engineering, and served during 2011-2012 as President of SIAM. He has won many prizes including the Gold Medal of the Institute for Mathematics and its Applications, the Naylor Prize of the London Mathematical Society, and the Polya Prize for Mathematical Exposition from SIAM.

As an author Trefethen is known for his books including Numerical Linear Algebra (1997), Spectral Methods in MATLAB (2000), Spectra and Pseudospectra (2005), Approximation Theory and Approximation Practice (2013), and Exploring ODEs (to appear in 2018). He organized the SIAM 100-Dollar, 100-Digit Challenge in 2002 and is the inventor of Chebfun.

Perhaps the biggest distinction in all of mathematics is the difference between discrete and continuous. But not just mathematics! In physics, chemistry, biology, computer science, and engineering too, the same distinction is fundamental. The air in this room, for example — is it a swarm of discrete molecules bouncing around, or a smooth continuum? To deny either of these points of view would be to exclude part of the truth. This talk will be a tour of our mathematical and scientific world, past and present, through this lens of discrete or continuous.

Watch this Public Lecture
About